In 2017 the Russian republic of Chechnya shocked the LGBTQI+ community: Queer people were persecuted, tortured, imprisoned and killed in coordinated actions. The Chechen President Ramzan Kadyrov only smiled at these allegations and denied them all with a chilling reasoning: according to him there just are no queer people in Chechnya.

David Frances has taken on this topic – in his documentary Welcome to Chechnya he accompanies a group of courageous activists who come together to save themselves and members of the LGBTQI+ community. Welcome to Chechnya won the Panorama Audience Award as best documentary film at the Berlinale 2020. The activists also inspired a new award: the Teddy Activist Award, which was presented for the first time in 2020 as part of the Berlinale and which was awarded to activists David Isteev, Olga Baranova and Maxim Lapunov. Relentless, inciting and incredibly important – our opening film.

You can find out more about the festival here >> 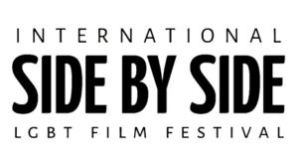