São Paulo is like an oversized maze of concrete, barriers, glass facades, cars and above all people, people in all their guises. So many  people that it boggles the mind of an outsider.

Perhaps that is why the film, which won the Teddy Award at this year‘s Berlinale, bears a title reminiscent of a well-known Brazilian tongue twister: „Três pratos de trigo para três tigres tristes“ (Three plates of wheat for three sad tigers). The three cats of prey that director Gustavo Vinagre leads through the maze, however, do their part to escape the everyday tristesse and the Corona blues. While Pedro, aka Babyface, goes wild as a webcam boy, Isabella is cramming for a medical exam in the next room. The young queers get a visit from Jonata, Pedro‘s nephew, who has come from rural Minas Gerais to live out his joy of cruising in the anonymous big city.

With Pedro and Isabella he discovers many secret places that remain invisible to passers-by and comes into contact with people who prefer to live out their extravagance privatissime.

And just as a blackberry bush shoots up from a crack in the asphalt, the shrill vaudeville evenings portray a São Paulo that lives and celebrates its own „golden phase“ between the joints of disdainful building fabric and hollow promises of salvation.

A geographical counterpoint is marked by the opening film with the very explicit title Not The Brazilian Homosexuals Are Perverse, But The Situation In Which They Live. This multi-award winning low-key wonder offers a revealing look at Berlin society from the perspective of Brazilian queers.

+ SUPPORTING FILM
IT IS NOT THE BRAZILIANS HOMOSEXUALS WHO ARE PERVERSE BUT
THE ASITUATION IN WHICH THEY LIVE
D—2021—12 min—OmeU
Regie—Leandro Goddinho
Paulo Menezes, Eduardo Mamede 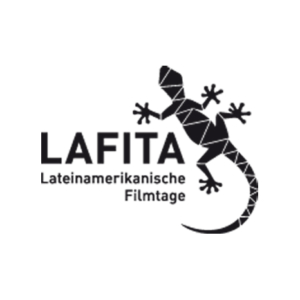