Queerness as transgression / queerness as resistance
The LGBTQIA* community has gained visibility under the term of tolerance and #loveislove. But queerness is not simply an occupation of the bourgeois concept of love with new cast. Queerness is political. It overwrites the boundary between permitted and prohibited and undermines notions of the conventional.

Our films tell exactly that: They show various forms of desire and love, for example in Rebel Dykes, of lesbian, transpositive punk resistance in London in the 1980s, Shiva Baby, of a bisexual Jewish woman in New York, or Passion, about BDSM, sexuality and religion. We are looking for new forms of coexistence, for example sisterhood in the utopian music video Ladies and in the feature film Shirley, which, inspired by the author Shirley Jackson, deals with how the dynamics shift as a second couple moves in with her and her husband. Last but not least, it is also about identity, for example in the film Valentina, in which a young trans person fights for their rights. They make another world conceivable and perhaps accessible to one or the other.

Our program is activist. We fight for queer representation beyond stereotypical marketing and for intersectional perspectives. That is why we would like to highlight the queer short film program by the Berlin collective Queer Asia. We look forward to seeing and discussing the films with you! 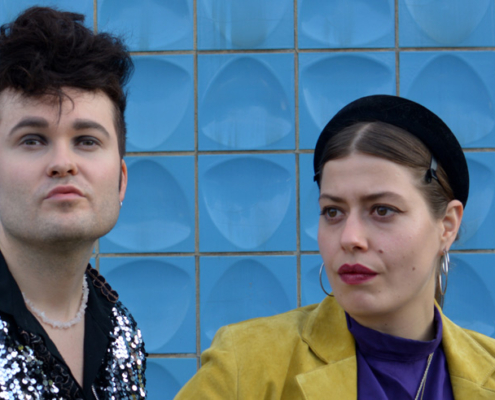 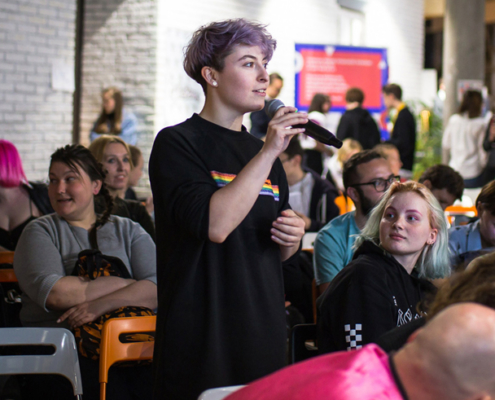 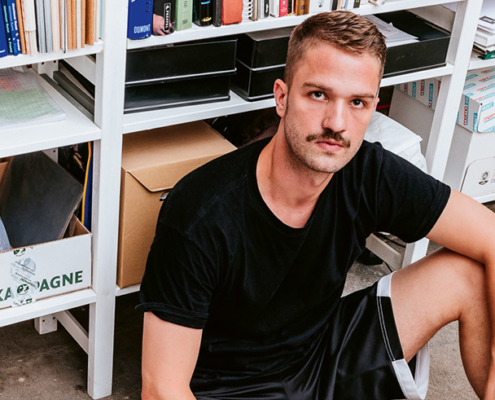 QFFM presents diversity of films besides mainstream cinema and its heteronormative rules. Our festival program is focused on local as well as international productions and newly discovered queer-classics. We present the current international queer film scene within various festival sections including documentaries, animations, mini-series or feature films. We heartly welcome all sorts of queer film making!